This is phenomenal. Let’s start with the basics. What is a “dacquoise” apart from a fancy French word? It’s a heavenly, sweet, nutty meringue, so delicious, only the French pastry chefs could have developed it. Hence the name. I will not recite Wikipedia so I will just get on with the recipe.

This recipe is inspired by the French torte “Marjolaine” which is a hazelnut meringue, usually in a rectangular shape, layered with chocolate or coffee buttercream. I’m not big on buttercream so I made a luscious pastry cream filling, flavoured with coffee and lightened with whipping cream.

A thin layer of chocolate ganache is spread on each layer and adds that special hint of chocolate in every bite. But the best addition is the dark chocolate in the meringue. I got the idea from Rose Levy Beranbaum’s cradle cake.

Do not let the looks of this torte intimidate you. Although it looks time consuming and labour intensive, it is neither. And the result is so (really SO) impressive and utterly delicious.

For the meringue layers:

For the coffee cream:

Preheat oven to 150 C, fan. Draw 3 x 23cm circles on 3 pieces of greaseproof paper. I used the base of a spring-form pan for guide.

In a bowl of a food processor fitted with a metal blade, add the almonds, hazelnuts, flour, dark chocolate and ¾ cup of the sugar. Blend until finely ground.

In a bowl of a stand mixer fitted with the whisk attachment add the egg whites and the cream of tartar. Beat on high speed until frothy. Start adding the remaining 1-cup of sugar, a tablespoon at a time, while beating constantly, until meringue is thick and stiff peaks form. 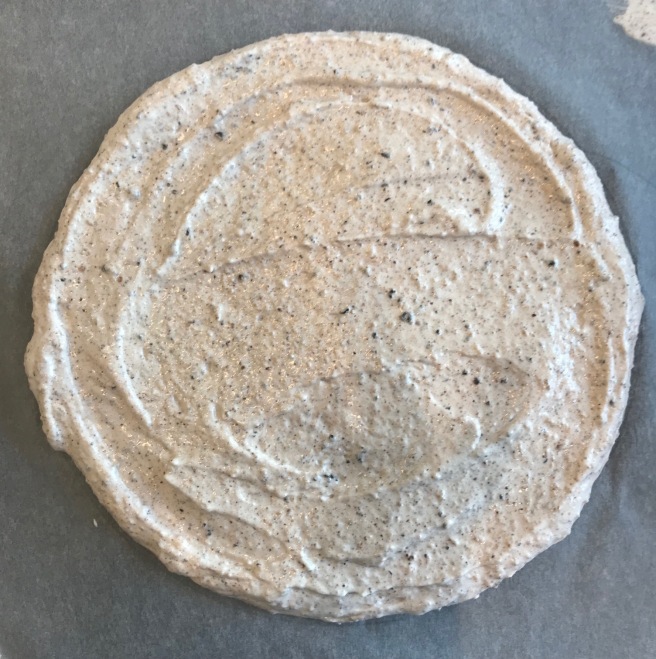 Fold the nut mixture in the whites trying not to deflate the mixture too much. Use some of the meringue to stick the 3 pieces of greaseproof paper on 3 baking trays. Spread the meringue on the paper into 23 cm circles using your drawing as a guide. Bake meringues for 1 hour. Turn off the oven and leave meringues in the oven for another hour with the door ajar (you can use a wooden spoon to keep the oven door slightly open). Take the meringues out of the oven and leave to cool completely to room temperature. Once completely cool, you can wrap them tightly in plastic wrap and keep them to room temperature for up to 3 days.

Make the pastry cream while meringues bake: In a medium saucepan heat the milk and 3 tablespoons of sugar over medium heat.

In the bowl of a stand mixer add the yolks and remaining sugar. Beat together until pale and fluffy. Add corn flour to yolk mixture and beat again until combined. Add vanilla and beat again.

With the beaters running, gradually add hot milk mixture to the yolks. Do this in a steady stream until all the milk has been poured in the mixer bowl. Add the coffee granules, transfer mixture back to the pot and place over medium heat. Stir constantly until mixture is thick and bubbling. 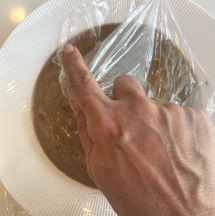 Spread a piece of plastic wrap over a plate. Pour the coffee cream on the plastic wrap. Fold the over hanging wrap over the cream to cover completely. Set in the fridge to cool. The cream will set as it cools.

Make the ganache while cream cools: Put the chopped chocolate in a heatproof bowl. Heat the cream until almost boiling. Pour hot cream over chocolate. Let mixture stand for 5 minutes to melt the chocolate. Stir until smooth. Add the butter and mix again until ganache is smooth and glossy. Set aside to cool and thicken to spreading consistency. You can speed up the process by cooling in the fridge.

Assemble the torte: Put the cold coffee cream in a bowl and beat until fluffy. In a separate bowl beat the double cream with the icing sugar until stiff peaks form. Fold the whipped cream into the coffee cream and mix until combined. 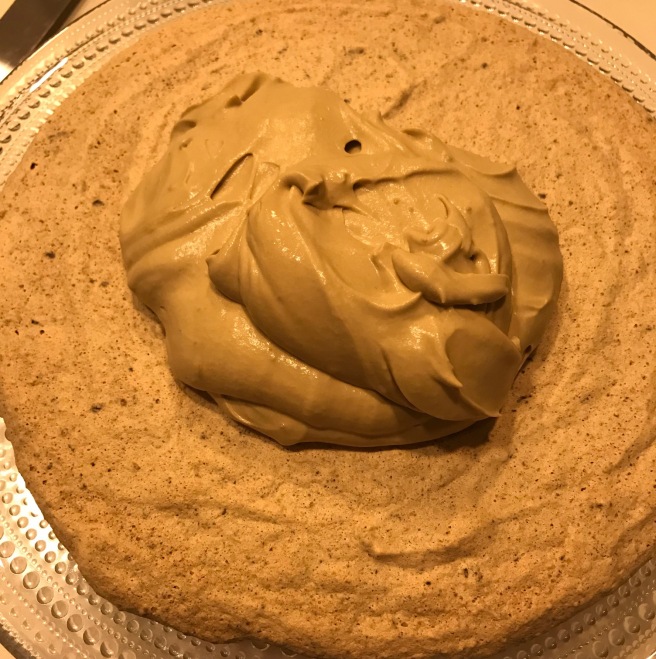 Take a serving platter and put a dub of ganache in the centre. Place one meringue disk on the platter. The ganache will prevent the disk from moving while you assemble the torte. Spread disk with a little less than a third of the coffee cream. {What I do is weigh the cream. It will be about 900 grams. So I use 250 grams for the two layers and 400 grams for the topping and sides} 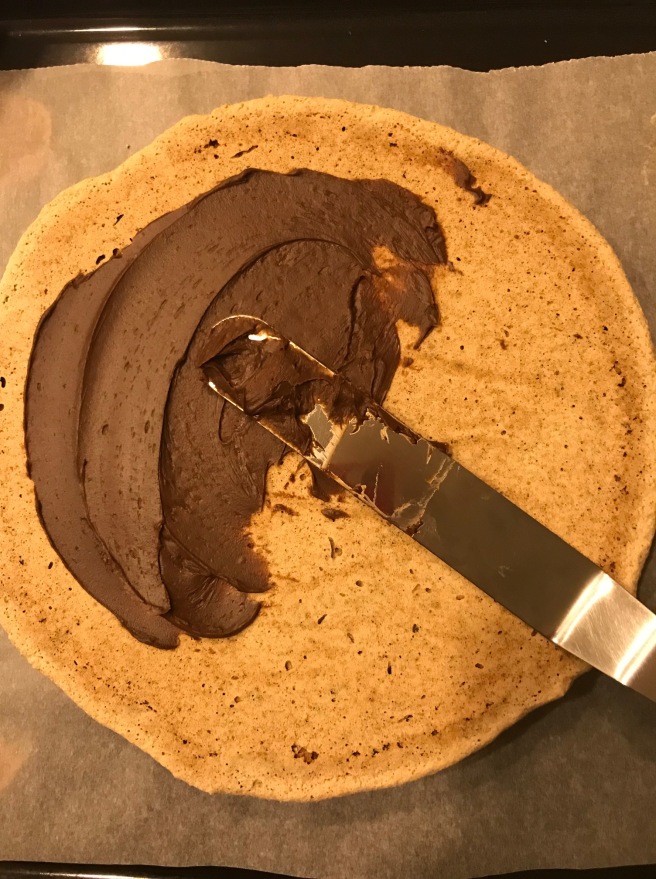 Melt the remaining ganache to a runny consistency. Pour over the torte, letting some of the chocolate drip down the sides. Chill torte overnight.

Serve from the fridge cut in thin wedges with a sharp knife. It’s like a slice of heaven.